They are victims without a voice. Every year, thousands of animals are victims of cruelty.

Animal cruelty encompasses a broad range of behaviors harmful to animals. There are no federal cruelty laws; the Animal Welfare Act is only federal law that governs the humane care, handling, treatment, and transportation of some animals in certain situations. Meanwhile, state definitions of animal cruelty vary.

“There is no simple answer to the question, ‘what is animal cruelty,’ since the definition differs from state to state,” says Bret Hopman, senior manager of Media & Communications for the American Society for the Prevention of Cruelty to Animals (ASPCA). “Adding to the confusion, ‘cruelty’ is often used as a catch-all for offenses against animals, including abuse, neglect, animal fighting, abandonment, and practicing veterinary medicine without a license.”

“Animal cruelty is recognized as a crime throughout this country as exemplified in state and federal laws regulating that activity,” explains Roger H. Humber,

We all need to be concerned with the neighbor that takes pet care responsibilities lightly and report them to the appropriate agency.

Criminal Justice program director at South University, Montgomery. “Punishments range from misdemeanor to felony sanctions, depending on the case and the perpetrator’s mental intent regarding such abuse.”

Although many people witness and report acts of cruelty, there are cases that go unreported. Animal cruelty can take on many different forms, so people should know what to look for.

Intentional cruelty means someone has purposely inflicted physical harm or injury on an animal. Unintentional cruelty, or neglect, could mean an animal has been denied the basic necessities of care, including food, water, shelter, or veterinary care. It could also mean that the pet parent is unaware they are doing anything wrong and needs to be educated on how to properly care for the animal.

According to the Humane Society, signs of neglect include:

Animal hoarding is another example of unintentional cruelty, Hopman says. Hoarding is part of an anxiety disorder in which people, for a variety of reasons, feel they are incapable of forming lasting relationships with people, so they substitute them.

The main goals of most programs are to help educate people about their actions. There has been growing awareness and reporting of animal cruelty, but it is still a major problem.

Animal Cruelty and Other Crimes 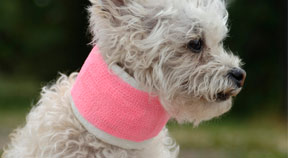 “Over the past 25 years, researchers and professionals in a variety of human services and animal welfare disciplines have established significant correlations between animal abuse, child abuse and neglect, domestic violence, elder abuse, and other forms of violence,” Hopman says.

The ASPCA supports efforts to raise awareness of animal abuse and neglect as significant crimes, and publicize the connection between animal cruelty and other forms of violence.

Humber says people must be vigilant and recognize animal cruelty cases and offenders as areas of concern.

“We all need to be concerned with the neighbor that takes pet care responsibilities lightly and report them to the appropriate agency” he says. “We also need to be aware that animal cruelty could be a predictor or precipitator of violent behavior against people.”

The ASPCA has urged lawmakers to sponsor stronger legislation designed to protect animals, increase the ability to enforce existing laws, and improve funding for animal programs aimed at prevention.

Every municipality is different when it comes to who investigates animal cruelty. In some places it is the police, while in others citizens have to contact local animal control or another municipal agency.

“Many communities have launched animal cruelty task forces,” Hopman says. “One notable example is the city of Baltimore, which teamed up with the ASPCA to establish an anti-animal abuse task force in 2009 in response to the fatal burning of a dog named Phoenix. Many of these task forces aim to prevent and help prosecute animal cruelty in their communities.”

It is critical that law enforcement understand the connection between animal abuse and family violence. When responding to domestic calls it is important to be alert for signs that children and/or pets might be victimized.

“Law enforcement practitioners are made aware of the significance of the animal abuser and possible dynamics of further inappropriate behavior on the part of the offender.”

Humber adds that there is a growing trend toward specialization in the field of animal cruelty response and investigation.

It’s up to concerned citizens to let officials know about animal abuse incidents. Without the actions of these citizens, officials would not know about most instances of animal cruelty. When reporting animal cruelty, they should provide as much information as possible. The details can go a long way toward assisting an investigating officer.

See how Sharon Alexander used her Master of Science in Criminal Justice degree from South University, Columbia to pivot in her career after an injury.

Learn how Terris Green advanced his career in law enforcement by completing his Bachelor of Science in Criminal Justice degree at South University!

A Look at the Future of Criminal Justice